Posted on November 21, 2013 by fromthethicket 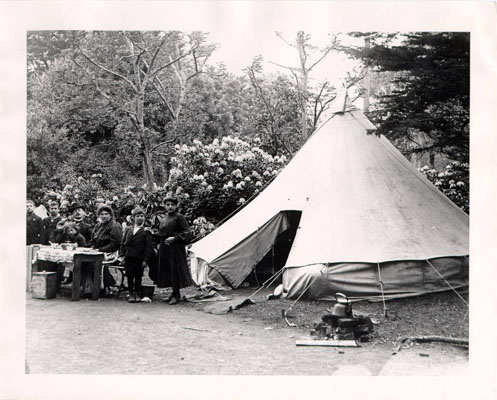 This week the San Francisco Board of Supervisors approved a long-discussed plan to close the park to the public from midnight to 5 a.m., citing vandalism and dumping as concerns.  City leaders approve overnight park closure plan | www.ktvu.com

Opponents of this decree, primarily human rights activists, say this is a thinly disguised attempt to prevent homeless people from sleeping in the park.  It’s interesting to put this debate in historical perspective.  Since the first public park opened in this country, i.e. Central Park in New York, overnight camping in parks has vexed public officials.  Partly, this problem is due to a certain duplicity in the design of parks like this.  They are meant to look and function like nature in the city, i.e. they replicate just the sort of place that is ideal for camping out.  Here is an amusing excerpt from the New York Times that illuminates the nature, and persistence, of the problem:

“Officer Meaney yesterday, while on duty in the upper portion of Central Park, espied a large bonfire blazing brightly in the woods. He approached the burning pile, and was astonished to discover a middle-aged man, apparently immersed in deep thought, standing with his back to the burning brushwood, warming his coat-tails, and seemingly unconscious of his surroundings and position. In close proximity to the bonfire was a curiously-constructed hut, built without any regard for architectural design, and composed merely of several rough-hewn logs of wood, mingled with freshly-cut branches of trees, which, being entwined around the logs, helped to support and brace them. In this romantic residence, the interior of which contained neither furniture nor bedding, the stranger had determined to reside, at least temporarily, away from the strife and busy turmoil of the great Metropolis.”  (New York Times, Dec. 28, 1877)