Posted on November 29, 2011 by fromthethicket 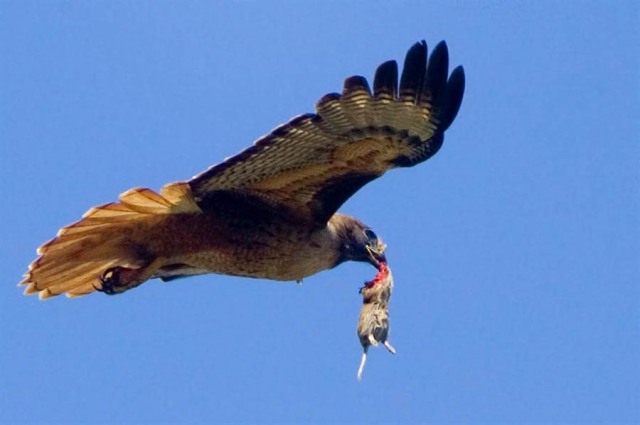 ‘Sheila Bradford [a gardener with the Recreation and Parks Department] has recorded on a tally sheet the 1,290 gophers she’s trapped in city parks the past two years: 1,004 at Alta Plaza Park, 239 at Crocker Amazon Park, 12 at Presidio Library and 35 at Big Rec Field in Golden Gate Park.

[Here’s her description of the process]:

“I find their tunnels with a probe. When I’m poking around and the earth gives, I know there’s a tunnel there. I place the traps inside the tunnel, then cover the hole with a piece of cardboard and put soil over the top of it. Then I put flags in the ground so I know where to find the traps the next day. . .

With the old Macabee traps, I wasn’t catching as many gophers as I wanted to, and sometimes the gopher would still be alive when I found it in the trap. Then I would have to kill it. So I like the Gophinator better.  .  .  .

It’s not just what they do to the turf. They get into flowerbeds. They’ll eat plants, roots, vines. They’ll chew on trees. They’re really destructive.

I’ve done a lot of reading about gophers so I can be a better trapper. When I first started, I didn’t even know anything. I had a few rusty traps and just did it. After a while, seeing the progress and the way the parks started looking better, I thought, “Oh my God, this is a good thing I’m doing.”.  .  .

At Harding Park I’m also trapping moles. Moles are much harder to catch. They’re smaller and don’t have active tunnels that are as easy to find as gophers’. They travel closer to the surface of the lawn, ’cause they’re only eating worms and grubs. They ruin the turf by doing this, though.

A lot of people who’ve caught gophers have never caught moles. They’ll give up if they’re unsuccessful, but I never gave up.  .  .  .

After a gopher or mole is dead, you can’t put them in the garbage. I set them out near the maintenance shed, where a hawk can swoop down and get them. You’re supposed to either do that, or put them back into the tunnel to decompose. Here at the golf course I’m not supposed to bury them, which is good: I’d rather feed the hawks.”‘