Posted on October 1, 2011 by fromthethicket 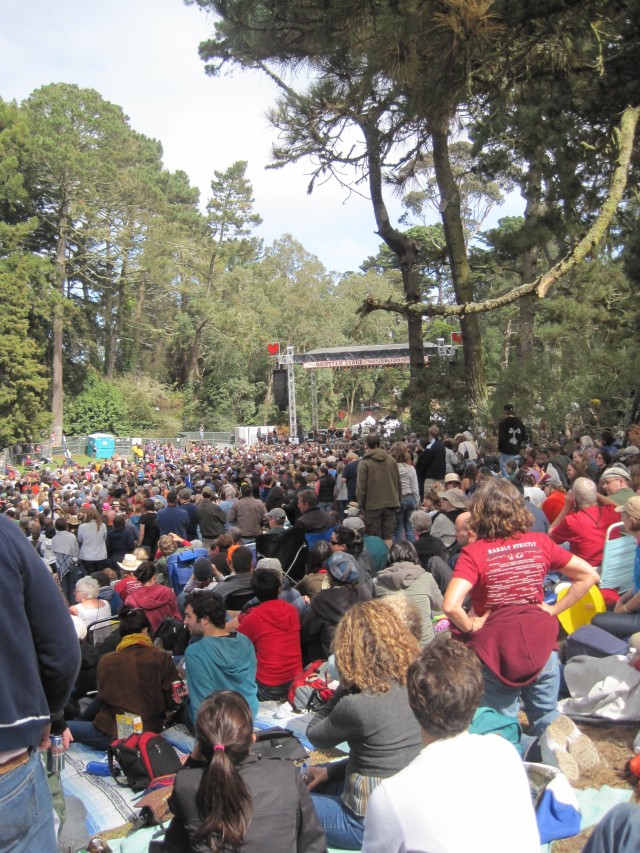 Hardly, Strictly Bluegrass aficionados will be interested in an interview with Warren Hellman published in the Bay Citizen yesterday:

“After a long walk in the wee hours of every workday morning, 77-year-old Warren Hellman (who is the chairman of The Bay Citizen’s board) returns to his home near the Presidio and practices bluegrass-style banjo in a small upstairs room where he won’t disturb his sleeping spouse, Christina. At the other end of a day spent managing many millions of dollars from the headquarters of Hellman & Friedman at One Maritime Plaza, he’ assays another session with the banjo.

But this coming Friday morning, Hellman will be headed for Speedway Meadows in Golden Gate Park, for the opening of the 11th annual three-day, free-of-charge Hardly Strictly Bluegrass Festival, which he founded and also finances. And on Saturday morning, he and his instrument will be up on one of the festival’s six stages, performing with his regular group, The Wronglers, and Jimmie Dale Gilmore, the renegade country-and-western music legend with whom they recorded the charming Heirloom Music, released earlier this year on the Neanderthal Records label.

Begun on a much smaller scale at the turn of the millennium, shortly after Hellman had reestablished his San Francisco residence and his lifelong flirtation with bluegrass music, the festival now attracts over three-quarters of a million fans and nearly a hundred acts, star-studded and little-known, showcasing not only a variety of bluegrass forms but also C&W, Old Timey, New Orleans, blues, rock, and even North Indian classical genres. Hellman sat down with SFCV in his office, 12 floors above the Financial District, to talk about how he manages money and music.”

For the rest of the interview, follow this link to the full article:

I'm a landscape historian and professor emeritus of landscape architecture, UC Davis. I live in San Francisco.
View all posts by fromthethicket →
This entry was posted in arts, concerts, events in Golden Gate Park and tagged concert in the park, golden gate park, hardly strictly bluegrass. Bookmark the permalink.